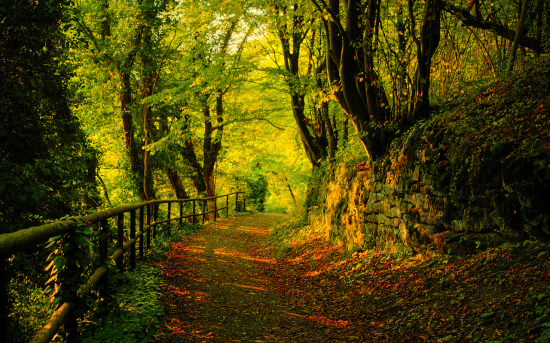 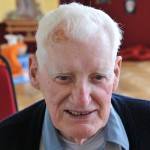 Our brother, Hugh Davis, died late last night at the Bon Secours Hospital in Cork; he was a member of the Rochestown community and was in his 86th year.
Br Hugh was born of Irish parents in Bristol on the 30th of April 1931. As a young man he qualified as a welder and mechanical worker and set out to exercise his craft in far-away Australia and New Zealand. So by the time he entered the Novitiate in April 1963 he had a wide experience of life, was a well seasoned traveller and a skilled workman. Following his first profession in 1964 he was transferred to St Bonaventure’s friary where the students there worked under his direction building a recreation centre in the grounds and learned from him how to “work with their hands” in the spirit of St Francis. On 27th July 1972 he was transferred to the Zambian Mission. There he left the mark of his skill on every station, without exception, in the form of the roofs he constructed, welding work on water cisterns etc.; his pride and joy was ‘Arkle’, a barge he built to transport people and vast quantities of supplies over the years from Mongu to Kalabo across the great Zambezi River. Br Hugh returned to the Irish Province from Zambia on the 1st June 2004 and was assigned to the Rochestown community where he has lived his Capuchin life and worked in the plant and school with his usual skill and diligence ever since.

We pray that Br Hugh is being richly rewarded for his witness to Christ after the example of St Francis as he is reunited to his family and friends and his fellow Capuchins, who have predeceased him.

Funeral Arrangements are as follows:

Lying in repose in the Friary Oratory, Rochestown.

Requiem Mass in the College Chapel, followed by interment in the friars’ cemetery, Rochestown.

May our brother Hugh

rest in the Peace of the Lord

“Whatever your work is, put your heart into it as if it were for the Lord and not for men, knowing that the Lord will repay you by making you his heirs. It is Christ the Lord that you are serving.” St Paul to the Colossians 3: 23 – 24.