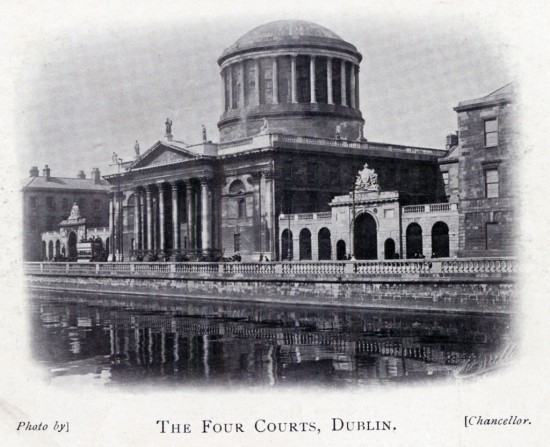 Today as a plaque was unveiled to commemorate those who fought and died as part of the Four Courts Garrison in the 1916 Rising, Brother Adrian Curran OFM Cap (Provincial Minister of the Irish Capuchin Franciscans) recalled the role played by the Capuchin Friars who ministered to the wounded and dying.

Brother Adrian closed his address by stating that

as we rightly honour the men and women of the Four Courts Garrison, who helped secure our freedom, by the unveiling of this plaque today, may we remember and pray too for all those caught up in these events: those who were injured, families who were bereaved, members of the Volunteers and British forces, the Capuchin friars and those who sought to bring first aid, comfort and solace to all those affected by the happenings on this site…On behalf of the Capuchin friars, I feel rightly proud of the friars of that time who remained true to their commitment to stand by the people in all their struggles. They continue to inspire us friars of today to be ever true to our calling as “brothers of the people.”

The full text of Brother Adrian’s address can be accessed by clicking on the link below.