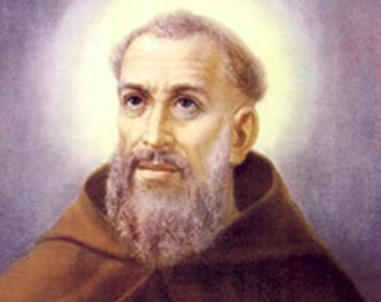 There’s more trouble down the farm today.  In last Sunday’s Gospel it was grumbling over wages in the vineyard.  This Sunday (Matt 21:28-31) it’s a father’s confrontation with a son who said he would do the job but he didn’t.   Conversely, the other son stamped out in blunt refusal at first, but on second thoughts he did the job.  If you are asked by God to go work on his farm you must be willing to muck in and let your hands get dirty.

Jesus originally addressed this parable to the Jewish chief priests and elders.  Many of those leaders were Pharisees whose name means the Separated Ones.  Their religion grew out of the fear of being contaminated by the sins of others.  Self-preservation became their ideal.  They offered no hope for the sinner.

But there are times when social distancing is the opposite to what is required.  The harvest on the farm was ripe for picking.  The mission of John the Baptist showed that there were many sinners who were ready to respond to anybody who would give them a second chance in life.  John offered them water, washing, renewal, a clean sheet and a new beginning.

Then as John promised, Jesus came with the Holy Spirit and fire.  He announced good news for the poor.  He reached out to the sick and the sinner, the downgraded and depressed, the marginals and the outcasts.  The self-preserving Pharisees could not take this mixing with sinners, for you cannot put new wine into old wineskins.  Jesus was a scandal in their eyes.

To be a genuine follower of Jesus Christ one is called to be missionary and apostolic: to work in his fields.  Pope Francis warned: “There is always the risk that some moments of prayer can become an excuse for not offering one’s life in mission; a privatised lifestyle can lead Christians to take refuge in some false forms of religion”.   This was the way of the son who said “yes” but did nothing when it came to action.  A privatised religion sets out to say your prayers and save your soul.  Heavenly minded but no earthly good.  Don’t get your hands dirty, don’t let your comfortable schedule be upset.

A Patron for Today

The image of getting your hands dirty seems inappropriate for the direction I am taking in this reflection, but I want to focus on the people whose field takes them to the frontline of service during the current Covid-19 pandemic: medical service, nursing, teachers, bus drivers, shop assistants etc.  A patron for these frontliners is Saint Francis Mary of Camporosso (Pictured above), an Italian Capuchin who lived in Genoa in the nineteenth century.   This reflection developed as we celebrated his feastday last Saturday.

Coming from a poor family he had little education because he had to mind sheep.   In his early twenties he joined the Capuchin Franciscan Order.  Appointed as a questor, his job was to beg money for the support of the friars and the care of the poor.  He had a huge love for the poor.  Genoa is a major port and Francis Mary spent a lot of time in the docks at the service of the sailors.  There were no mobile phones in those days but Francis Mary was gifted with an extraordinary telepathy enabling him to give these sailors accurate information about their families at home.  In 1866 a dreadful cholera took hold of Genoa.  Like many others he prayed for the city and served the sick in any way possible.   He knew that praying through words is powerful but it is far more powerful when backed up with action.  He had a habit of making bargains with God, that he would make a certain sacrifice if God would grant some important request.  He took to heart the words of Jesus before his Passion that a person can have no greater love than to lay down one’s life for one’s friends.  Taking these words literally, he offered his life in exchange for the ending of the epidemic.  He caught the disease and died two days later.  The story goes that the epidemic began to diminish from that day on.

I see him as a patron during the current pandemic, inspiring us in three ways: to pray: to back up prayer with acts of kindness or self-denial: and to offer up whatever we are suffering as a sharing in the cross of Christ.  So, let us begin with prayer.

Compassionate Lord Jesus, while on earth your brought healing to many people.  We humbly implore that you would lay your healing hand on all victims of the Covid 19 virus.

We ask you to protect all whose frontline service of the sick places them in a very vulnerable situation.

May we have the generosity of heart to move out of self-comfort to be available to others in their needs.

O God, the light of all wisdom and knowledge, we pray for the guidance of scientists and doctors who are searching for the appropriate vaccine to eradicate the Covid-19 virus.