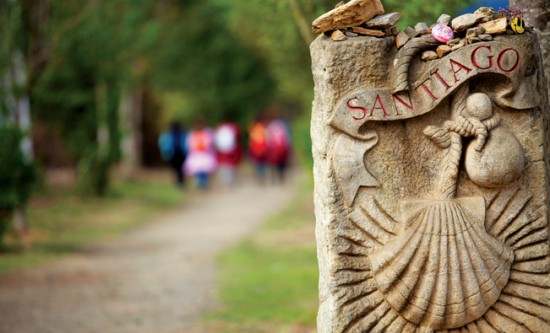 Our Companion on the Road

How are you coping with the restrictions at this difficult time?  Many people are heroic in caring for the sick. Neighbourliness has returned.  But there is great anxiety about business closures, jobs lost, timing of exams and so on. Can we learn anything from Sunday’s gospel story of the Risen Jesus joining with two people on the road to Emmaus?

It was the third day after the death of Jesus on Calvary.   Two of his former disciples were devastated. They had lost hope.  They had lost direction. This is Luke’s Gospel and the direction of journeys is very important.  Back in Luke 9:51 Jesus set his face resolutely towards Jerusalem. These disciples turned their backs on Jerusalem.  They were heading towards Emmaus, known for its mineral water spas. They were leaving this religious stuff behind, opting to chill out, as we would say today.

The beauty of the story is that it was while they were going in the wrong direction that the Risen Lord joined them as a companion on the road.  We might think that we have left God, that we have chosen another way … but God has never left us. But something prevented them from recognising the one who was with them.

Pope Francis mentions several obstacles today: being slaves to consumerism, wanting more than we need, superficial lives, frivolous pleasure, being locked up in ourselves leaving no room for others or for God.

The Risen Lord fanned to flame their flickering ashes of faith in two ways.  He began by recalling parts of the scriptures on how the Servant of God would suffer.  He did not change what happened last Friday on Calvary. What did change was their understanding of the tragedy.  Then he joined them at the table where he repeated the actions of the last supper: he took the bread, blessed God, broke the bread and gave it to them.  Then their eyes were opened as they recognised him. A companion is literally one who shares bread.

During the present lockdown, reports are coming in that more people are tuned in to Mass online than actually attended Mass before the churches were closed.

Where do we go from here?