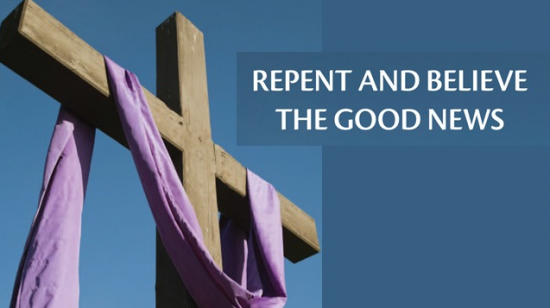 The Gospel Reading for the First Sunday of Lent each year is about the temptation of Jesus in the wilderness.  This year we have Mark’s version which is shorter than Matthew and Luke.  He does not mention the three specific temptations, yet Mark has his own dynamism.

“The Spirit drove Jesus out into the wilderness and he remained there for forty days, and was tempted by Satan.  He was with the wild beasts, and the angels looked after him.” (Mark 1:12-13)

A Gospel of Drama

Mark wrote his gospel for the Christians in Rome at a time when persecution had begun.  The most popular writing at the time was drama and Mark certainly was a dramatist.  The actor, Alec McCowen, used the text of Mark for his one-man show on stage.  It revealed a dynamism in Mark that the scholars had not noticed.

In today’s Reading, the characters of the drama in order of appearance were the Holy Spirit, Jesus, Satan, the wild beasts and the angels.   At the baptism of Jesus, the heavens opened and the Spirit descended on him in the form of a dove.   With the haste of a good dramatist, Mark leaps forward to tell us that, immediately after this, the Spirit drove Jesus out into the wilderness where he remained for forty days.  Forty suggests a time of preparation as in the forty years preparing the Exodus people for entry into the promised land as a free people.  After the Resurrection, the apostles had forty days of preparation before the departure of the Lord at his Ascension.  Not counting the Sundays as each Sunday is a miniature Easter, there are forty days between Ash Wednesday and the celebration of Easter when we renew our baptismal promises, rejecting the lies of Satan and renewing our commitment to following the way of Christ.

The wilderness, being wild and untamed, was regarded as the home territory of the evil spirits.  By entering the wilderness Jesus was taking on Satan on his home pitch.  The first engagement in this war was a contest between the champion warrior of each side like the old contest between David the Israelite and Goliath the Philistine.   Jesus clearly won that first encounter.  Mark has more exorcism stories than the other evangelists and he dramatizes each one as another skirmish won by Jesus.

Finally, in defeating death itself, Jesus has clearly won the war, but the battles have not ceased as we know from our own temptations.   Satan hasn’t retired.   Jesus warned us that Satan is the father of lies and a murderer from the beginning.  Satan’s presence is seen in confusion of truth and in anti-life behaviour, whereas Jesus offers the truth and life in its fullness.

The father of lies knows well that the most effective lie is the half-truth.  The apple of temptation always looks attractive but the poison is hidden.  Satan cannot enter directly into the inner soul which is like a city fortified by strong walls.  But the devil can start working in the mind through untamed imagination and bitter memories.   Classical spiritual writers have identified seven faultlines in our defence, known as the seven deadly sins … pride, covetousness (greed), lust, envy, anger, gluttony and sloth.   Satan played on the greed of Judas to enter his soul.

In the drama of Jesus in the wilderness, these untamed energies are represented by the wild beasts.   But God does not leave us alone and the good angels who looked after Jesus are here to help us too. The wisdom of the Twelve Steps of rehabilitation recognises the wild beasts in any addiction that has gone out of control.  The angels represent the Higher Power offering strength, guidance and support.

Lent prepares us for Easter

After his forty days of preparation Jesus was ready to proclaim the beginning of his mission.

“The time has come and the kingdom of God is at hand.  Repent, and believe the Good News.”  Lent is our season to prepare for Easter when we are asked to reject Satan and all his works and then to commit ourselves to the life of the Gospel.   Taking on some form of penance or self-denial will strengthen our will power.  Committing ourselves to more prayer and spiritual reading, will bring us closer to the mind and heart of Jesus.   Acts of kindness will give body to prayer.

Prayer of the Day

Grant, almighty God, through the yearly observances of holy Lent, that we may grow in our understanding of the riches hidden in Christ and by worthy conduct pursue their effects.  We pray in the name of Jesus Christ, your Son, our Lord.  Amen