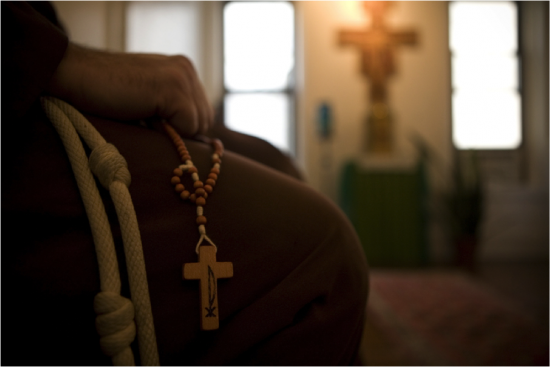 1. We are coming close to the end of the liturgical year and today’s readings are about the end of life. When Luke was writing his Gospel the magnificent Temple in Jerusalem had been razed to the ground. It was an awesome structure. A portion of the Western Wall survives. Many of the massive stones were more than two metres in length and one metre in height. How did they ever manage to set them in place! Each stone was carefully sculpted and embossed in a style that was Herod’s trademark. It took eighty years to build, but a mere five years later it was utterly destroyed by the savage Roman general, Titus. The unimaginable had happened. It was the same with the Titanic, struck by an iceberg on its maiden voyage. We know not the day nor the hour. A young monk asked the wise man what does it mean to be enlightened. He answered, “I know that I am going to die.” The young man said, “But doesn’t everybody know that they are going to die.” The wise man replied, “Yes, but not everybody lives with the knowledge.”

2. On September 11th, 2001, the Twin Towers in New York were destroyed. On one of the highjacked planes, many of the doomed passengers sent messages to family and friends. Virtually all the messages were about love, affection or apology. A moment of crisis can bring startling clarity to life. People suddenly see that personal relationships matter far more than other occupations or interests. Is there anything that can last? Saint Paul said there are three things that last, faith, hope and love. We hear a lot about faith and charity. Hope does not get mentioned often enough. Faith might have to struggle through a time of darkness. Love might meet with rejection and become cold. Then it is hope which keeps us going, through the darkness and the coldness. Jesus said that your perseverance will win you your lives.