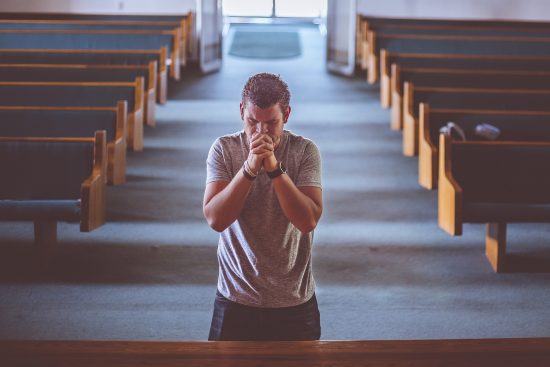 Awareness of God and of sin

The days are lengthening, daffodils are here and there is encouraging news about control of the Covid pandemic.  Is there any possibility that the virus of sin might be stamped out?  Sadly, following the news any night, the evidence is depressing.

The Readings at Mass today are about two people, Isaiah (Isaiah 6:1-8) and Simon Peter (Luke 5:1-11), who became aware of their shortcomings when they were granted a glimpse of the holiness and power of God.  Isaiah’s instant reaction was a sense of his unworthiness.  “What a wretched state I am in!  I am lost, for I am a man of unclean lips and I live among a people of unclean lips and my eyes have looked at the King, the Lord of hosts.”  But an angel touched his lips with a live coal and told him that his sin was taken away.  And then he agreed to become God’s messenger.

When Simon Peter, an experienced fisherman, saw the miraculous catch of fish, he and his companions felt humiliated like Isaiah.  He fell at the feet of Jesus saying, “Leave me Lord; I am a sinful man.”  Jesus told them not to be afraid.  They too would become God’s messengers.  Instead of leaving Jesus, they left everything to follow him.  It was awareness of their sinfulness that drew them closer to God.

The Good News is sin!

About seventy years ago, G.K. Chesterton was a great apologist for Christian values.  He liked to shock his readers with startling, paradoxical sayings.  In his book on Saint Francis, he asks a question, “what is the Good News?”  In one word he answered, “Sin”!  What on earth did he mean? It makes you think.  We all know that there is something seriously wrong in our sick world of daily murders, constant wars, appalling injustice in the gap between rich and poor nations.  Now, imagine if you felt really unwell, so you go to your doctor.  The last thing you want to hear is that the doctor is unsure, so you are sent to a specialist who sends you on to another specialist. It is good news when your own GP makes a confident diagnosis and assures you that this prescription will make you well again.  Chesterton diagnosed sin as the root cause of the problems in our world and that the cure is what Saint Paul says in today’s Second Reading.  “I taught you what I had been taught myself, namely that Christ died for our sins”.  Jesus Christ in his death and resurrection conquered sin and death. He goes on to say, “I hardly deserve the name apostle; but by God’s grace that is what I am, and the grace he gave me has not been fruitless.”   On Easter Day the risen Lord came through closed doors to the terrified apostles.  He breathed on them, saying, “Receive the Holy Spirit.  Whose sins you forgive, they are forgiven.”  And that is when the Sacrament of Reconciliation was instituted.

The loss of the sense of sin

It must be seventy years or more since Pope Pius XII said that the greatest sin of our time is the lack of the sense of sin.  In more recent times, Pope Benedict XVI said that when the sense of sin is gone it is like a bell ringing to call people to church in a valley where nobody lives.

Sin is a problem today.  Rather, the fundamental problem is that sin is not a problem for the majority of people.  Cynics point the finger at what they call Catholic guilt.  Undoubtedly, there were preachers and severe confessors who created a guilt complex for people.  But the fact remains that when somebody does wrong, then guilt is the proper response.

I heard a wise man say that if you want to know about sin, don’t ask a sinner.  Ask a saint.  One of the psalms says that sin speaks to the sinner in depth of his heart but the sinner knows not his sin.  Genuinely holy people have glimpsed the gap between the holiness of God and us.   We read of saints who would weep for their sinfulness even though they were not committing what we ordinary folk might call sin.   Saint Francis of Assisi wept because love is not loved.  In the light of a more intimate experience of God, it is deeper to say “I am a sinner” than to say “I have sinned”.  The focus of attention is more on who I am than on what I have done or failed to do.  That is the sense of sin.

The wonderful parable of the Prodigal Son tells the story of the awakening of a young man to his sinfulness.  The turning point is when he came to his senses as he remembered his father’s house where everyone was so well treated.  He makes three decisions:  I will leave this place; I will go to my father; I will say, “Father I have sinned against heaven and against you. I no longer deserve to be called your son.”  Just like Simon Peter and Isaiah he felt he was not worthy to belong to the family.  But belonging to God’s family is not something depending on our worthiness.  It comes from the love and mercy of God.

The parable then focuses of the father.  Here is one of the most important revelations of what God is like.  The father ran to the boy, clasped him in his arms and kissed him.  That hug of God is the best description of the grace of the Sacrament of Reconciliation.  The father did not apply a penance to fit the crime.  No, he called for the best robe, a family signet ring, and a great banquet with music and dancing.  God already knows our sins before we mention them.  Let us focus more on the celebration of God’s merciful hug.

With Saint Francis we pray.  “Who art thou, my God, and what am I?”