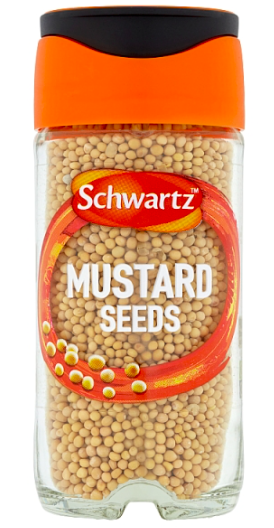 Taskforce of the Kingdom

The mission of Jesus was to establish the rule of God, the kingdom of God, on earth.  The taskforce for the continuation of his mission would be the community of believers known as the Church. Today, in Matthew 13:24-43, three parables show how this Church is a mixture of human frailty and divine power.

The parable of the darnel applies to us as individuals.  Darnel is a weed that winds itself around the stem of another plant.  Really, there is no such thing as a weed.  See the same plant in a forest and we call it a wildflower.  Weeds are wildflowers, untamed, and in the wrong place.  We experience seven darnels, known as the seven deadly sins: pride, covetousness, lust, envy, anger, gluttony and sloth.  When untamed, these wild energies give us a lot of trouble.  Lord, take this lust out of my life!  Take this anger out of my life!  God is the wise gardener who knows that pulling up the weed will damage the root of the wheat.  Anger is an energy intertwined with the determination to act for justice or to correct what is wrong.  Lust is an offshoot of interest in people, attraction and the ability to love.  These untamed energies are wildflowers in the wrong place.  Take anger and lust totally out of life and one is no better than a passionless stone! Treat your wild energies with respect.  Channel them in the right direction.

The Church is a home for imperfect people: a mixture of saintly people who are one step away from being sinners and of sinners who could yet be saints. By the way, if you find the perfect Church you are bound in conscience to join it, but remember, once you have joined, it will no longer be perfect!

“We are not wholly bad or good / who live our lives under Milkwood,

And thou I know will be the first / to see our best side, not the worst.”  (Dylan Thomas)

The parables of the mustard seed and spoon of yeast show how great movements can emerge from small beginnings.  The tiny, yellow mustard seeds are so light that they are easily blown on the wind so that the plant spreads far and wide.  What about the yeast, also known as leaven?  A housewife is baking bread, mixing the dough. She has kept some of yesterday’s dough which is now going sour, fermenting, beginning to bubble.  A little of this bubbling stuff is mixed with today’s baking.  Without this bubbly stuff, the new bread will be flat and stodgy.  But the bubbles of yeast allow pockets of air which make the new bread soft and light.  Like the tiny mustard seed, God can use some unknown person to start something great.  And, like the fermenting dough, God can inspire somebody of dubious background to do great work.  Oscar Schindler, nominally a Catholic, was a man with a very shady background.  Yet he became somebody who saved thousands of Jews from extermination.

Television shows us disturbing pictures of war, famine, homelessness and poverty.  These dreadful images turn sour within us, making us cynical about politicians and negative about life.  But the energy generated in fermentation can be used for a good cause, inspiring people to do something.  Mary’s Meals is a charitable organization which feeds over a million schoolchildren every day.  It was started by two brothers in Scotland, inspired by the television images of suffering children in Bosnia.  They decided to take a week off their work in a fish farm to organize a collection.  The response was overwhelming.  It grew and grew at a fantastic rate.   Now over a million children, who previously were deprived of education because they had to work at home, every day get both food and education. The kingdom of God is like a spoon of sour leaven which can bubble up into the best of bread.  Never despair of what God can do from the most unlikely beginning. You are part of this human-divine Church, the taskforce of God’s kingdom on earth.  Do your little bit and let God do the multiplying.