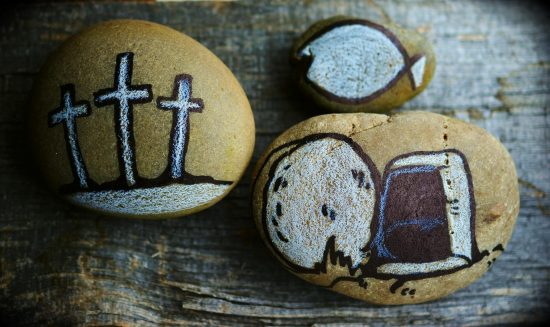 Mass this Sunday puts aside the purple vestments of Lent and the white vestments of Eastertide as we return to the green of Ordinary Time.  We take up from where we left off before Lent with Luke’s gospel as our guiding light for the rest of the year.  There is an old tradition that, besides being a physician, Luke was also a painter.  Certainly, he could paint pictures in his words.  We have a good example in today’s Mass (Luke 9:51-62).  “As the time drew near for him to be taken up to heaven, Jesus resolutely took the road for Jerusalem and sent messengers ahead of him.”  Try to visualize the light in his eyes, the determination in his voice and the clear commitment he was announcing.

Jerusalem was more than a geographical city.  It was regarded as the city of God, a place of pilgrimage.  On the day of the Lord’s resurrection, two of the followers of Jesus turned their backs on Jerusalem which indicated that they were going in the wrong direction.   In today’s secularized world many have lost sight of the ultimate meaning and direction of life.  They now lack a moral compass to offer proper direction.  Freedom to choose has become an untouchable slogan.  But is freedom properly understood?  Saint Paul, in today’s Second Reading, warns us to be careful about liberty lest it provide an opening to self-indulgence.  Self-indulgence sees freedom as the right to do whatever I want to do rather than the strength to do what I ought to do.  There is a huge difference between what I want to do and what I ought to do.   Self-indulgence forgets about responsibilities.  Paul tells us, “Serve one another in works of love since the whole of the Law is summarised in a single command: Love your neighbour as yourself.”

Saint John Paul II wrote about how resolute we ought to be in our Christian commitment.

“Since baptism is a true entry into the holiness of God through incorporation into Christ and the indwelling of his Spirit, it would be a contradiction to settle for a life of mediocrity, marked by a minimalistic ethic and a shallow religiosity.”  It is worthwhile pondering on the three compromises he mentions.

A life of mediocrity … being lukewarm and half-hearted in our relationship with God.

A minimalistic ethic … satisfied to scrape into heaven by the bare minimum.

A shallow religiosity … being curious about spiritual matters without making a commitment to any creed, code of behaviour or cult (form of worship).  “I am very spiritual but not religious.”

There was nothing half-hearted or lukewarm about the journey of Jesus towards Jerusalem.    If we are sincere about following him, we have to cut out compromises, excuses and low standards.  “Love the Lord you God with all your heart, all your soul, all your strength and all your mind:  and your neighbour as yourself.”

Being fanatical is dangerous

It’s important to be committed but it is dangerous to be fanatical.  The journey of the apostolic band brought them into enemy territory in Samaria where they received a hostile reception.  The brothers, James and John, whose nickname was Boanerges, the Sons of Thunder, asked Jesus, “Lord, do you want us to call down fire from heaven to burn them up.”  Who did they think they were?  They did not ask Jesus to call down the fire but they felt that they had the power to do it.  Jesus of course rebuked them because this fanatical idea was not part of the kingdom of mercy that he was establishing.  Fire from heaven there would be: not fires of violence and vengeance but tongues of fire enkindling divine love in the hearts of the faithful.   Pope Francis encourages us to pray for Spirit-filled evangelizers to renew the face of the world.

Commitment as a follower will be tested

As they travel towards Jerusalem, three individuals step momentarily into the story like characters in a play flitting briefly across the stage.  One man says he wants to become a follower.  Jesus tests his resolve.  “Foxes have holes and the birds of the air have nests, but the Son of Man has nowhere to lay his head.”  Christian pilgrims are a future-people who know that here we have no lasting city but one that is to come.

The second man is invited by Jesus to follow him, but he is not ready.  He wants to postpone until his father is dead and buried.  The load of family duties can be discharged by others who have not received the powerful energy of a missionary vocation.  Missionaries of all times, from Abraham down to our own time, have bravely ventured forth from family and homeland for the sake of the Good News.

With the third man Jesus stresses the need for singleminded concentration on the calling.  “Once the hand is laid on the plough no one who looks back is fit for the kingdom of heaven.”  In the primitive agriculture of the time, one hand was used for steering the unruly oxen while the other hand had to hold steady the structure of the plough.  It demanded concentration and coordination of muscle and eye to achieve a straight furrow.  A distracted life and sloppy performance would not be a worthy response to God’s call.  The story of the prophet Elisha in today’s First Reading is an example.  Leaving his life as a ploughman, he slew his ploughing oxen for a feast and used the wood of the plough for the fire.  There would be no going back.  His commitment was for the future.

In times past the idea of a pilgrimage to the heavenly Jerusalem was a popular way of understanding the Christian life.  The pilgrim would walk or take a boat until his funds were exhausted.  He would halt for a while to earn some more, then pack his bag and resume the journey, his eyes resolutely towards Jerusalem.  As a young novice many years ago, I came across the pilgrim’s prayer of Blessed Henry Suso, and I’ve never forgotten it.

“O Jesus, I am nothing, I have nothing, I desire nothing but to be with you in Jerusalem.”