Enkindle within us the fire of your love 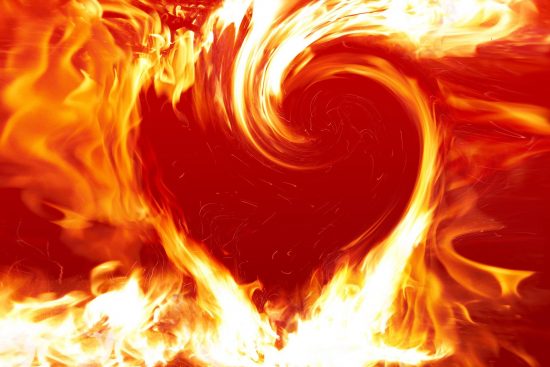 May I begin by wishing us all a joyful birthday.  It is the birthday of the Church, the day when the coming of the Holy Spirit utterly transformed the apostles from being fearful and directionless into a community empowered to carry on the mission of Jesus.  Jesus promised them: “When the Advocate comes, whom I shall send you from the Father, the Spirit of truth who issues from the Father, he will be my witness.  And you too will be witnesses.”

Why is it called Pentecost?

Pentecost comes from the Greek word for fifty.  Saint Luke links the coming of the Spirit with the Jewish feast of the Fiftieth Day, seven weeks plus one day after the first harvesting, celebrating the completion of the grain harvest.  The future harvest of the Church is expressed in the immediate impact the apostles had on the many nations in Jerusalem that feastday.

Saint Irenaeus, who as a child had known the apostle John, became a very important theologian in the time after the apostles.  While meditating on the parable of the Prodigal Son, he visualised the two hands of the father welcoming home his lost son.  One welcoming hand in front of the son was visible, while the other hand, behind the son’s back, could not be seen.  The visible hand represents Jesus Christ who came to us in visible form.  The unseen hand represents the Holy Spirit, the unseen power of love drawing the son back into family life.  The two signs at Pentecost were a mighty wind which shook the house, and tongues of fire.

Speaking to Nicodemus, Jesus compared the Spirit to the wind which cannot be seen in itself but it is recognised in its effects, in the slanting of smoke, clouds scudding overhead, the spiral dance of falling leaves.

Some thirty years ago I was based at our Retreat Centre on the idyllic shore of Sheephaven Bay in north Donegal.  An Italian Capuchin, Raniero Cantalamessa, who was then and still is Preacher to the Papal Household, stayed with us for six weeks.  He came for a time of quietness and while there he developed his plan for writing a commentary on the hymn to the Holy Spirit, Veni Creator Spiritus.  Standing on the sturdy cliffs facing the Atlantic, he was absolutely fascinated by the seagulls riding on the wind.  Day after day we would go to what he called the kingdom of the gulls.  What impressed him most was the way the gulls trusted the wind to work for them.  They allowed the wind to carry them, either hovering still or moving faster than the eye could follow.  Raniero asked the question, “Does that not tell us something?”

Many of us grew up when the Holy Spirit was the Forgotten Paraclete.  Like the gulls riding the wind, do we trust in the Holy Spirit to reform the Church as happened several times in history?  During the lowest periods in Church history the Holy Spirit inspired the greatest saints and reformers.  A few weeks ago, we reflected on what Pope Francis said about allowing ourselves to the loved by God.  Let us allow ourselves to carried by the wind of Pentecost.  Like the seagulls, let us trust in the wind to carry us.

The second symbol of the Spirit was fire in the form of tongues.  In the world of sport, we say how some player was totally on fire.  The Apostles were certainly on fire after receiving the Holy Spirit.  Another word for this fired-up spirit is enthusiasm, a word which originally meant living in-God.  In today’s Second Reading, Saint Paul pleads to us not to be so caught up in unspiritual things that we are unaware that “the Spirit of God has made his home in you.”  The Holy Spirit is as near as the breath you take in and release.  We breathe in when we invite to Holy Spirit to come to fill the hearts of the faithful.  We release our breath when we allow ourselves to be workers for the Spirit in the environment we inhabit.

Pope Francis is asking for spirit-filled evangelizers to stand up and be counted.  Otherwise, we will be depressed by the half-empty churches, hostile media, and the absence of young people.  He described how he longed to find the right words to stir up enthusiasm for a new chapter of evangelization full of fervour, joy, generosity, courage, boundless love and attraction. The enthusiasm of the Apostles attracted people in their thousands.

Enthusiasm draws its energy from Spirit of God who longs to be at home is us … if we but allow it to happen. Saint Paul’s writings have many beautiful ideas about the Holy Spirit.  “Hope will not let us down, because the love of God has been poured into our hearts by the Holy Spirit which has been given to us” (Rom 5:5).

The energy of wind and sun

It fascinates me that we are being advised to replace the use of fossil fuels by harvesting the energy of the wind and the solar power of the great ball of fire that we call the sun.  Wind and fire!  Is this a sign of a new Pentecost?  How prophetic were the words of Teilhard de Chardin who died on Easter Sunday, 1956!

“Someday, after mastering the winds and waves, the tides and gravity,

We shall harness for God the energies of love,

And for a second time in the history of the world,

We will discover fire.”

Come, Holy Spirit, enkindle within us the fire of your love.

Come again as fire from above to melt all hardness of heart and enable us to forgive those who have hurt us.

Come, great artist, the finger of God’s right hand, and mould us into the likeness of Christ.

Come, make your home within us, fill us with your love that we might share with others.

Come, as we celebrate the birthday of the Church, and use us as enthusiastic apostles in our little corner of the world.