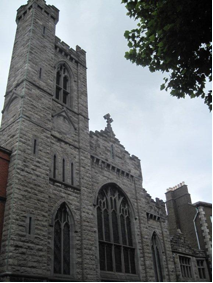 The Parish of St. Michan may justly claim to be the oldest Parish in Dublin, for, although the Parochial System did not become general prior to the Norman invasion, this particular district had attained something like parochial autonomy a full century earlier. Approximately one thousand years ago, a small Christian Shrine, dedicated to the little known St. Michan, was set up on the north side of the River Liffey at the ford entering the town of Dublin. Since then there has been a Christian Settlement dedicated to St. Michan close to the site of this shrine. The first Roman Catholic chapel in St. Michan’ s Parish was the chapel within the Convent (later known as the Richmond Hospital) The next chapel, or “Mass House,” was erected by Father Nary about 1730, on the south side of Mary’s Lane. The present Church of St. Michan was completed in 1817, in a subdued but attractive Gothic style. The more elaborate façade and tower on Halston Street were erected in 1891. There are two entrances to the church from Halston Street.

The parish church dates back to the early 19th Century with the foundation stone laid on the Feast of St. Michan, 25th August 1812 and the Dedication on 25th November 1817. Further work was undertaken in 1891 with the completion of the fine sanctuary in Halston Street.

The parish serves the people of the Markets, Courts and all those who live and work in the very busy part of the city which extends west from Capel Street to the Phoenix Park, south to the North Quays and north towards Phibsboro/Drumcondra. 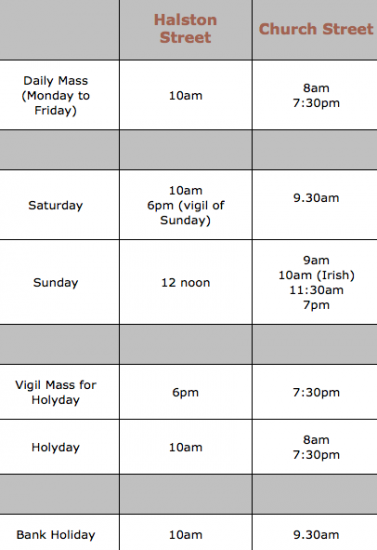