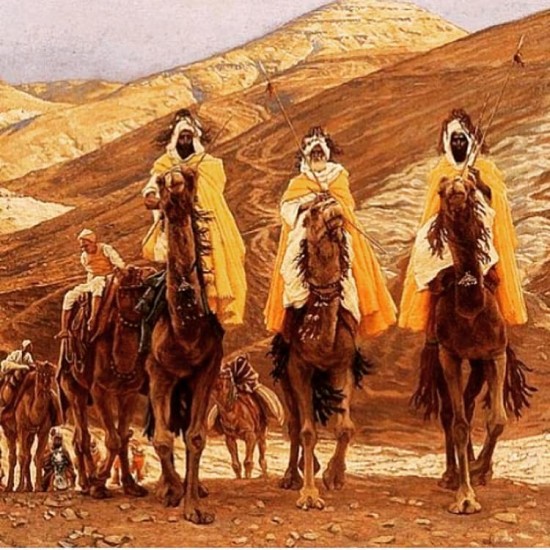 For the Feast of the Epiphany today:

Take the Magi as your patrons.
Pilgrims three and kings they were.
Suffered cold and gnawing darkness;
Led them almost to despair.

‘Til the star appeared to lead them,
Lit the darkest desert night,
Then they laughed and travelled quickly.
Joyful in their faith-filled flight.

But the star it disappearéd
Left them in an endless night,
Left the three in darkness doubting
Had they ever seen its light?

In confusion, still they wandered,
Longing for its gentle rays
“Have you seen the star’s bright dawning?”
Asked they all along the ways.

Just as dark was getting darkest;
Just as hope did seem to fail,
Then the light it reappearéd
Then the skies began to blaze

Worried not by desert darkness
Nor the dangers either side
For the light that once did lead them
Now was the star that burns inside.

Take the Magi as your patrons
Pilgrims three and wise in sight.
Fear not lack of star to guide you
Look within and find Love’s light.

(Pic The journey of the Magi by James Tissot)