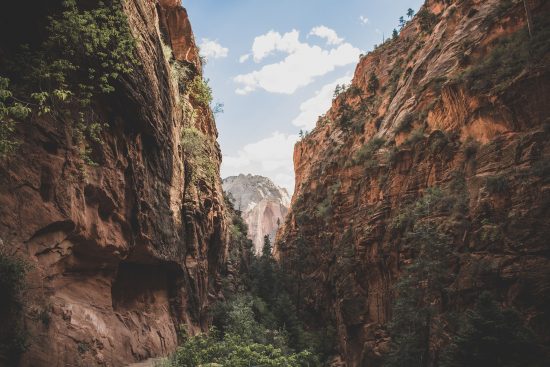 Luke, more than the other evangelists, portrays Jesus as being on the side of the poor.  In last Sunday’s Gospel, Jesus referred to money as tainted with temptation.  Today’s Gospel (Luke 16:19-23) is the parable of the rich man and Lazarus.  Although he is commonly called Dives, the rich man is not actually named in the text whereas Lazarus is the only person in any parable to be given a personal name.  And what a name it is, meaning God-has-compassion!

Our style of reflection today will be imaginative.  I invite you to allow the two characters to speak for themselves as they reflect on their lives.

They call me Dives, meaning the millionaire.  Some actually refer to me as Mister Millions, and I rather like it.  My father gave us a good start in life, but it took a lot of hard work to attain our present position.  My five brothers and I worked hard before we were rich enough to diversify and build our own personal empires.  Money makes money, but only if you have a shrewd brain to use it. At times you have to be ruthless.  But that is really in self-defence because survival works on the principle of weakest to the wall.  My conscience is perfectly clear because I never employed strong arm tactics or never went beyond the accepted rules of business ethics.  That stuff always catches up on you and I have no time for it.  My friends say that I am as tough as they come, but I regard that as a compliment.  I know that I had some lucky breaks.  I am not ashamed of being a religious man who acknowledges that he has been richly blessed by God in my good fortune and natural acumen.  I am openly grateful to God and I pay my priests well.  I know that I am a soft touch to any good cause.  Actually, that soft streak in my make-up is something my friends do not always see.  Take that beggar who lies at my gate all day, what’s his name … God-help-us.

It’s not a pretty sight I can tell you.  Yet for years I have let him take up his station there.  He smells to high heaven and seems to draw dogs around the place.  Scavengers like himself.  You know what they say … it takes one dog to know another.

I don’t know how he offended his creator to deserve that fate, nor is it any business of mine.  I’m a fair-minded man and that’s his story.  He can feed off the tasty leftovers which the servants give him on my instruction.

I will always let him at my gate because he is crippled and can’t do much for himself.  Most beggars have only themselves to blame.  They are lazy by nature and utterly improvident.  You could sell your whole estate and give the money to the poor, and do you know what, they would be back next week, not a penny left.  Stupid and lazy, that’s what they are.

I’ve more or less retired now.  Time to enjoy the good things of life. A man deserves a break.  I give employment to my cooks, servants, tailors and entertainers.  I pay them well.  The one person on my paylist that I find disagreeable is that buffoon of a doctor who warns me to give up this and cut back on that.  I’ve been around long enough to know how to enjoy life without his solemn warnings.  I refuse to listen to fools.

Nobody seems to my real name now.  Lazarus.  God has compassion.  My real name is my secret now and it consoles me.  I have a habit of saying “God help us” which has caused people to nickname me as Godhelpus.  Sometimes when children mock me, they leave out God and call me Helpus, or worse.

I have only a hazy memory of my father … if I can give him that title.  He was a violent, drunken lout who terrorized my mother and all of us.  I have a memory blackout on my accident.  My mother would never talk about it.  All I know is that he tossed over a table that pinned me to a wall.  It left me crippled for life.  That was the day he left us and we never saw him again.  Nor wanted to.

Still, I’m luckier than some.  I can survive on the scraps at Mister Million’s gate.  The servants more or less dump it in front of me but the man himself has never hunted me away.

It’s the same with my running ulcers.  How could I afford any apothecary’s bill?  Dogs are friendly creatures.  They treat me with dignity. Their tongues are soothing and people say their saliva can heal.  I haven’t had much luck so far but I live in hope

There was a time when I was very angry, with my father, the system, the whole world.  Most of all, angry with God.  I thought of setting fire to Mister Million’s mansion during one of his banquets and burn the lot of them to death.  Crazy, wasn’t it, for it wasn’t his fault.

But that was long ago and my anger has long since abated.  My real name, Lazarus, comforts me with the assurance that God is on my side.  I know that I will always be poor, yet I enjoy deep peace and contentment.

I don’t wish an ounce of evil on Mister Millions.  In fact, I don’t envy him at all.  He doesn’t look too happy to me.  I think all these parties and dressing up are only covering up his anxieties.  He looks very bloated and unwell.  I know that I don’t have too long more to sit at his gate.  I suspect that he won’t be here very long either.

I wonder will we meet on the other side.  There is such a great gulf between us.

“By making the restoration of our peoples’ dignity the central objective of the post-Covid world, we make everyone’s dignity the key to our actions.  To guarantee a world where dignity is valued and respected through concrete actions is not just a dream but a path to a better future” (Pope Francis: Let Us Dream, page 133).