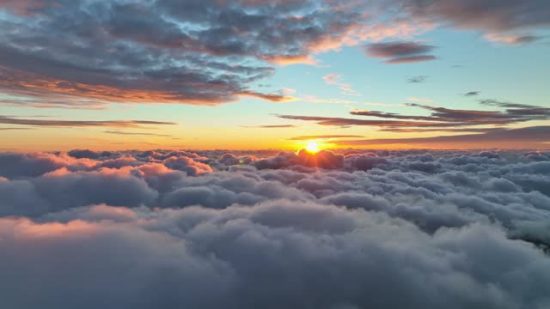 Humble Prayer will pierce the clouds

The parable of the Pharisee and the tax collector (Luke 18:9-14) was addressed to people who prided themselves on being virtuous and despised everyone else.

In the traditional list of the roots of sin, known as the seven capital sins, the first in the list is pride, and rightly so, because pride is the original sin.  The tempter, who is the father of lies, pointed to the forbidden tree and said to Adam and Eve that this is the tree of the knowledge of good and evil, and if they were to eat that fruit, their eyes would be opened and they would be like gods with the knowledge of good and evil. They would have the authority to decide what was right and what was wrong.   Before their sin they knew only what is good, but after seeking to usurp God’s authority, they now knew evil also.  Pride does not walk humbly with God but marches to a different drum … in disobedience, intellectual rebellion, disregard of the commandments, and pomposity.

The Pharisees, whose name means the Separated Ones, came to prominence about two hundred years before Christ, when the Greeks tried to convert the Jews to their practices which contravened Jewish laws. To avoid any contamination from these foreigners, the Separated Ones became meticulous in codifying a multitude of laws and regulations covering every moment of life.  Salvation would come with the perfect observance of these rules.

The Pharisee in the parable not only kept all the laws but added extra practices just to be sure.  He did extra fasting and paid tithes on all he got, not satisfied that they had already been deducted by the seller, which is what the law required.

His fault obviously did not lie in his zeal for the law.  His sin was the pride he drew from all that he was doing.  His pride made him think that he had the right to stand there and judge others as inferiors.  One small detail in the story is very significant.  He said this prayer to himself.  The God he worshipped was the bossy little god of legalism which had set up residence in his mind.

Saint Paul was a Pharisee who converted

Saint Paul was a dedicated Separated One before his conversion but he was driven scatty by his inability to observe perfectly all these minute regulations.  He confessed that he knew what to do but did not always do it.  It was such a relief when he met the Risen Jesus who had conquered death and sin.  Now he knew that salvation is to be found in the joy of the Gospel, the Good News of a merciful Saviour who sat with sinners and gave them hope.

Tax collectors had a bad reputation

Let turn now to tax collector.  They were despised because they were collecting for the occupying Roman forces.  It was a job that had to bought.  The Romans then gave instructions about how much money was expected from each region.  It was up to the tax collector to arrange what he was to collect for himself.  The Pharisees regarded them as the lowest of the low.  This collector knew he was a sinner but he humbly admitted it.  Look at his demeanour.  He stood some distance away, not daring even to raise his eyes to heaven.  He beat his breast and said, “God, be merciful to me, a sinner.”  This man went home at rights with God; the other did not.  Those who exalt themselves will be humbled, but those who humble themselves will be exalted.  A line in today’s First Reading tells us that the humble person’s prayer pierces the clouds.  What a contrast with the self-righteous Pharisee who was talking to himself.

The simplicity of prayer

The simplicity of the sinner’s prayer is exemplary.  It cuts out all complications.  At basics, prayer can be very simple.  It involves God and me, and the meeting that happens between us. The essence of prayer is in attentiveness to God’s presence. At times it will be in awareness of God’s glory, experienced perhaps in the wonders of nature.  T S Eliot described it as “The point of the intersection of the timeless with time.”

At other times the soul is drawn to intimacy in the awareness of God’s love.

And there are times when the experience of God overcomes a person with a deep sense of sinfulness and unworthiness.  This was the feeling of the tax collector in the temple.  “God, be merciful to me a sinner.”  The name of God did not need any further words of adornment, such was the directness of his contact with God.  Similarly, his plea for mercy was utterly uncomplicated.  All he needed to say of himself was that he was a sinner.  His humble prayer pierced the clouds.

The tax collector’s experience was similar to that of Simon Peter after the miraculous catch of fish, when Peter was suddenly aware of the infinite distance between himself and the holiness of Jesus.  “Depart from me for I am a sinful man, O Lord!”

Francis of Assisi was another who was caught up in this humble prayer of contrition.  He would spend hours with a single prayer: “Who art thou, my Lord, and what am I!”

Let us close with a prayer based on the words of Saint Augustine.

and desire nothing else but only you.

Let me hate my faults and love you

and do all things for sake of you.