Sunday Reflection – Taste and See that the Lord is Good 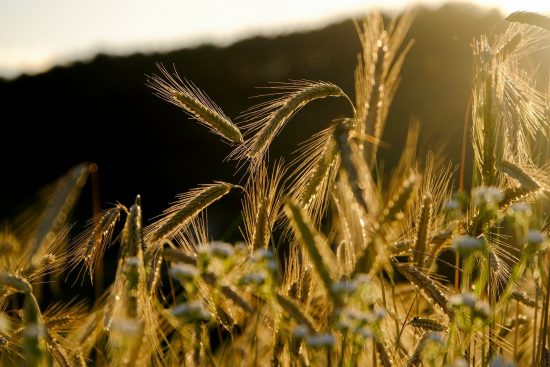 Taste and see that the Lord is good

This is the fifth and final Sunday when the Gospel Reading is taken from John Chapter 6.  It began with the multiplication of the loaves and fishes to feed the hunger of the physical body.  This was a sign to move on to the second bread: Jesus was the bread come down from heaven to feed the interior hungers of spirit and mind.  “I am the bread of life.  Whoever comes to me will never be hungry; whoever believes in me will never thirst.”

The third bread had not yet been given to the people but Jesus spoke in the future tense.  “I am the living bread which has come down from heaven.  Anyone who eats this bread will live for ever; and the bread that I shall give is my flesh, for the life of the world.”   This teaching is so important that it is expressed seven times, the sacred number, in slightly varied ways.

How could he give his flesh to eat and his blood to drink?  Jesus explained that they would understand his new embodiment in the consecrated bread and wine only after his resurrection.   “Does this upset you?  What if you should see the Son of Man ascend to where he was before?  It is the spirit that gives life, the flesh has nothing to offer.”   In this context the spirit means the knowledge that is drawn from faith in the words of Jesus, whereas the flesh means knowledge based on natural evidence.  A scientific analysis on the bread before consecration would show no difference to an analysis after the consecration of the bread.

When many of his followers turned their backs and walked away from Jesus, he did not call them back to say that this bread was only symbolic.  No, he meant it in reality.  “This is my body … this is my blood.”

He asked the Apostles if they too wanted to walk away.  It was Peter, the future Pope, the rock of the Church, who answered, “Lord, who shall we go to?  You have the message of eternal life, and we believe.”   But there was one Apostle who had doubts.  This is the first reference to the betrayal of Judas.  It was when Judas was given the bread at the Last Supper that he turned his back and walked into the dark.

Where do we stand today?

When all the regulations on social distancing are lifted, soon please God, how many will return to Mass?  The routine of Sunday worship has been broken.  Huge numbers of people followed Mass on line, which was great but did not have the reception of Holy Communion.  How many hunger and thirst for the Blessed Eucharist?  How important is it?

At the moment the debate is ongoing about the celebration of First Communion.  The fear is not so much about what happens in the church, as this can be controlled, but about the partying after leaving the church.  First Communion has become a huge social event about a rite of passage.  The meal in the hotel, the bouncy castle and so on.   Will the parents bring the child to Mass next Sunday and the Sunday afterwards?

The future Pope Francis, while Archbishop of Buenos Aires, was very friendly with Rabbi Abraham Skorka.  They shared a regular dialogue on matters of religion, later published in a book, On Heaven and Earth. One matter they had in common was that the bigger the social side of religious celebration became, the lesser was the spiritual significance.  So, it is not just a Catholic problem.

The exaggerated social celebration of First Communion is not being followed up by regular Mass attendance afterwards. Do the parents realize what receiving the Lord in the Eucharist is really about?  Is it time to consider other options?  Perhaps change from the entire class receiving on the same day, letting it be a family decision rather than part of the school year.   Let each parish have a First Communion Team to prepare the parents and child before they

approach the altar as a family at Mass, not necessarily on a Sunday.   It is likely that there would be families who would not avail of this system and the child would not receive Communion.  But if these families are not bringing their children to Mass under the present system, would anything be lost?

Bread for the journey of life

Here’s a little story about a poor family during the Great Famine taking the emigration boat to cross the Atlantic for the chance of a better life.  They gathered what money they could and prepared for the three-week voyage with food that could last, dry bread and salted fish.  They were able to get water on board but looked with envy at the passengers heading for their meals which smelled well.  Their children were sick of this unappetising bread and salty fish.  “Daddy, why can’t we get dinner with the other people?”   “We are a poor family and we will need all the money we have when we reach America”.   It was some days later that a family they had befriended pointed out to them that their tickets entitled them to the meals on board!

It is a story about people who are struggling spiritually, not realising that in baptism they had received the ticket to the greatest source of spiritual nourishment, Jesus, the bread of life.

The prophet Elijah fell prey to despair, thinking that the pagan rulers had won the battle for souls.  Elijah lay under a furze bush and fell asleep.  An angel woke him up and gave him a hot scone and water.  And in the strength of this food, he walked for forty days and forty nights until he reached the holy mountain where he encountered God.   My good mother had an extraordinary love of the Eucharist.  At the age of one hundred and three, the last words she uttered were, “Are we going to Mass?”  Then she fell into a deep sleep.

Lord, to whom shall we go for you have the message of eternal life.  And you are the bread of life to sustain us on our journey.   Strengthen our belief in your presence in the Eucharist.  Make yourself known to those who have strayed away from you.  All who come to you shall not hunger and all who believe in you shall not thirst.