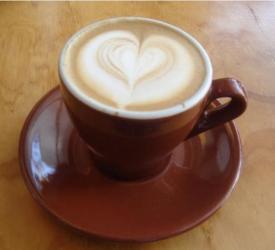 Feast of our brother Blessed Mark of Aviano today, a friar who cemented our Capuchin connection to coffee forever!

He passed to the Lord on this day in the year 1699 after an extraordinary life of service, prayer, preaching and miracles that saw him act as envoy of the Pope to the Emperor while still living as a humble friar. He was responsible for getting the powers of Europe to act decisively against the Turkish Ottoman invasion and went as an army chaplain into the midst of the fighting with the troops to look after the wounded and dying, also becoming famous for his insistence that all captured opposing forces must be treated kindly and with respect and be sent home, something at clear odds with the practice of massacring your captured enemies that was common then. It was in his honour that the coffee known as the Cappuccino became popular and the small china coffee cups of the time became know as Kapucins!

So the next time you are drinking a Cappuccino toast our brother Blessed Mark without whom you would have neither Coffee or a free Europe!
Pictures show Br. Mark and relics used by him. 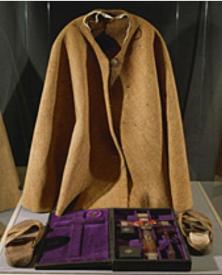