We are very pleased to announced that our three Postulants have been accepted to Noviciate beginning in Kilkenny this September. Ade Green (Province of Great Britain), John Doone and CJ O’Dwyer (Both for the Irish Province) have been with us as Postulants since September 2015. In that time they have come to know our way of life better and have greatly enriched our fraternity. They will also be joined by Jared Jamie a Novice from our Custody of South Africa.

As Postulants they took part in an innovative and creative programme comprising of prayer, meditation, pastoral placements, personal development, human development as well as classes on Franciscan History and Spirituality. They were guided through this time by their Postulant Director, Brother Sean Kelly. We are also delighted to announce that Sean has been appointed to be their Novice Master and will journey with them through this very special year.

As Novices these men will receive the Capuchin habit and enter more deeply into our life of fraternity, prayer and service. We wish Sean, Ade, John, Jared and CJ every blessing as they prepare to begin Noviciate in September. 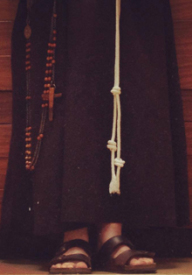