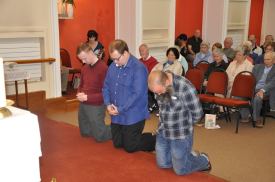 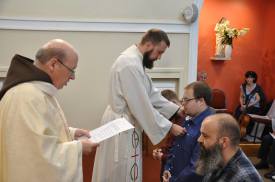 On the Feast of the Holy Name of Mary, on September 12th, we had the great joy of receiving three young men into the Postulancy program for the Provinces of the Capuchins in Ireland and Great Britain.

Postulancy which formally begins with the giving of the Tau, (Franciscan Cross,) lasts a year and marks the first stage in the journey of formation. It is a period of mutual discernment where the postulant experiences fraternal life and prayer, as well as religious and pastoral formation while they consider formally entering the Order as Novices; while in turn the Order considers their suitability as candidates.

Please pray for these three young men as they begin to follow Christ in the footsteps of St. Francis. 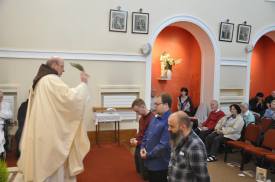 The Postulants receive a blessing from Br. Sean their director. 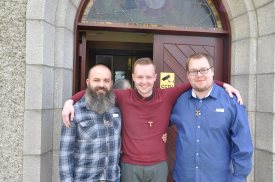 Our New Postulants for the provinces of Great Britain and Ireland.