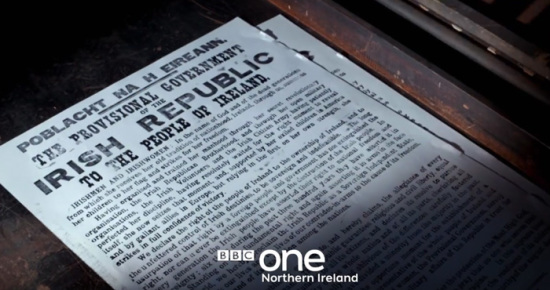 This is just to briefly let you know that Voices 16 – Rising, a BBC documentary, which was filmed at the end of last year in Church Street, will be shown on BBC ONE Northern Ireland this Sunday (24th April) at 8pm.

You can learn more about the documentary here:

The documentary will include an extensive feature on the diary of Fr. Columbus Murphy OFM Cap., who witnessed the Rising at first hand and who ministered to the rebel leaders in Kilmainham Jail. The programme will also feature contributions from Fr. Bryan Shortall OFM Cap. and will be illustrated with previously unseen records from the Provincial Archives.