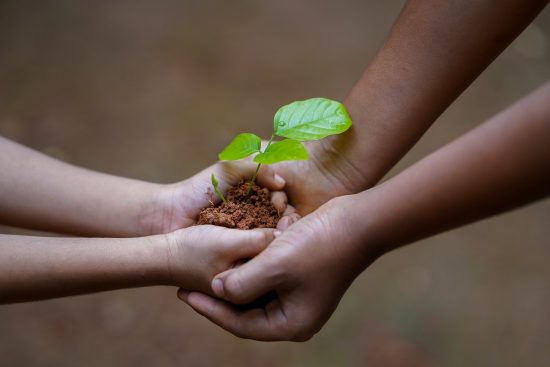 When Jesus sent out the apostles to extend his mission, he said more about their lifestyle than what they might say (Mark 7: 7-13).  As St. Francis put it, preach at all times, sometimes using words.  We are so bombarded today by advertising pressure, slogans and biased media that people are rightly suspicious of words.  Saint Paul VI said wisely that if people today listen to evangelisers, it is because, first, they are witnesses.  What sort of witness did Jesus emphasise for the apostles?  Don’t be burdened with unnecessary accumulation of goods.  Cooperate with others.  Trust in God’s providence and the generosity of people.  Bring peace and joy to all you meet.  Avoid confrontation.  Let the joy of your personal relationship with God pass the message to your face. What Pope Francis called “sourpuss religion” would put anybody off.  As the Letter of James says, “Faith without good works is dead”.  The charity of works is the unmistakable proof of the charity of words.

Who are the apostles today?

Sixty years ago, the Second Vatican Council emphasised the universal call to holiness, pointing out that the call to holiness and mission is not confined to priests and nuns. Clearly, Jesus did not intend that his followers would settle for a me-and-God private religion.  Our Christian mission has its source in the light of baptism, its development in confirmation and its sustenance in the Eucharist where we are nourished firstly by the word of God and then by Jesus as the bread of life. At the end of Mass, we are sent out to love and serve the Lord.   When Jesus said “You are the salt of the earth, you are the light of the world”, he meant it for all his disciples, not just the clerical ranks.   Here in Europe at any rate, the clerical ranks are so depleted and old that at long last the apostolate of the laity has to be recognised.

What can you do to bring a family member back to religion?  Angry confrontation usually does more harm than good.  Does anybody ever win an argument?  Getting the last word is never a sign of convincing the other person.  The louder the voices, the more each side is hardened in their opinion.  Nobody ever changes opinion unless being open to the possibility of changing.   Angry exchanges close the door to any change of heart.  That is why Jesus instructed the apostles: “If people refuse to listen to you, walk away and shake off the dust from under your feet as a sign to them.”  So, what can you do?  Be gentle.  Respect the other person even if you do not agree.  Give witness by the way you live.  Trust in God’s power and pray.  Change of heart has to take place before there is change of mind.  And change of heart takes time.

Pope Francis has taken up the call of his two predecessors, Benedict XVI and John Paul II, for a new evangelisation.  We are being held back by a privatised and individualistic spirituality which neglects the social demands of charity.   We must be open to reform because as Jesus said, you cannot put new wine into old containers.

Am I depressed by the scandals uncovered in the Church in recent years, by the radical decrease of vocations, by the age profile of those who come to church?  Of course, I am upset by these happenings.  Yet I am sustained by hope, that wonderful grace which remains strong through all crises or storms.  This is not blind optimism but I draw strength from two great beliefs.   I believe in the promise of Jesus that the Church founded on Peter the Rock will never be overcome by the powers of darkness (Matt. 16:18).  And secondly, I am sustained by the memory of Pentecost, when the Holy Spirit totally transformed the Apostles at the birth of the Church.

Pope Francis calls for Spirit-filled evangelisers who are fearlessly open to the Holy Spirit.  “How I long to find the right words to stir up enthusiasm for a new chapter of evangelisation full of fervour, joy, generosity, courage, boundless love and attraction.   A spirit-filled evangelisation is one guided by the Holy Spirit, for he is the soul of the Church called to proclaim the Gospel” (Pope Francis, The Joy of the Gospel)

A Synod means walking together

It is important to remember that we are not alone.  Pope Francis wants the Church in every country to hold synods.  A synod literally means walking together.  Syn in Greek means together, while an odometer is an instrument people use to measure their walk. A good example of how a synod works is the story of the disciples walking with the Risen Lord on the road to Emmaus.   It starts with the crisis of faith experienced as these disciples lost hope when they saw Jesus crucified.  They did not recognise that he was the one walking with them.  Then he brought the light of scripture to them and something started stirring in their hearts.  They began to understand the crisis of Calvary in a new way.  They invited the stranger to dine with them.  He led them in prayers before repeating his actions at the last Supper and the institution of the Eucharist. They suddenly recognised who he is but he disappeared from their sight.  They had heard and seen enough to know what to do.  They turned back to Jerusalem and became apostles witnessing to the Resurrection.

The stages of a synod begin with respectful dialogue about any crisis or problems people are sharing.  The light of scripture will bring us back to what would Jesus say or do in this situation.   The dialogue will lead to prayer.  And the living bread of the Eucharist will be the powerhouse of the mission.

“Jesus wants evangelisers who proclaim the good news not only with words, but above all by a life transfigured by God’s presence” (Pope Francis, The Joy of the Gospel).

Risen Lord, walk the road of life with us.

Come Holy Spirit, renew the heart of the Church, renew the face of the earth.